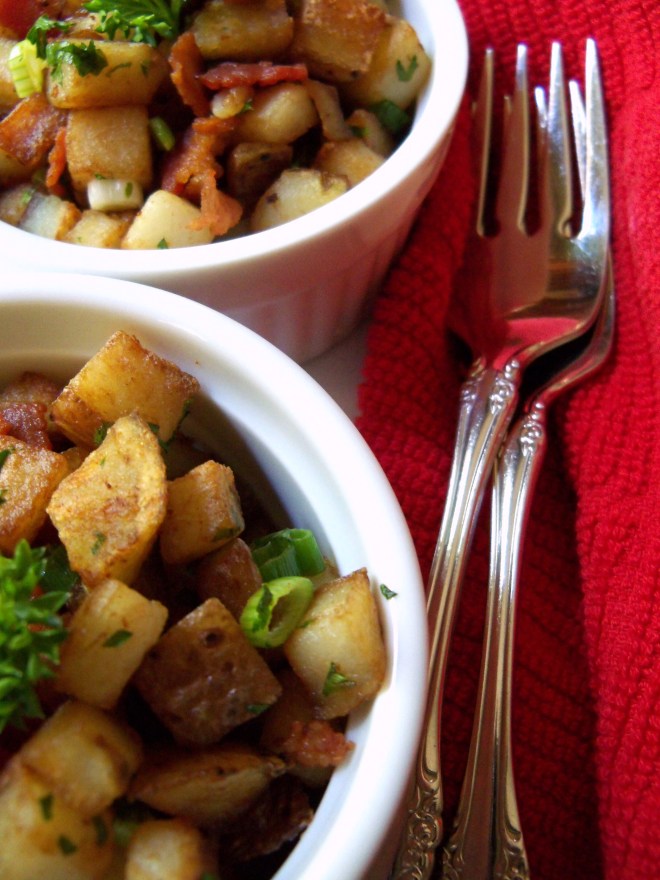 I’ve always loved potatoes — baked, mashed, creamed, boiled, roasted, you name it — but the ones that make me swoon are fried potatoes.

My fondness for sauteed spuds hails back to my roots, when my folks would take us “up north” fishing.  I can still picture Mom cooking Dad’s early morning catch (generally walleye) in a cast iron skillet, adjacent to a larger skillet filled with sliced potatoes sizzling in butter.  Their aroma would waft through the open screen door to mingle with pine, birch, and lake-scented air and beckon me to blaze a trail to the table, where all of the above was served on a Melmac plate with a side of toast.

Breakfast doesn’t get much finer than that.

During “the trucking years” I looked forward to breakfast more than any other meal — particularly breakfast potatoes.  After a day or night of shifting gears across America, I’d search for a good ol’ fashioned truck stop — not one of those huge, hundred-acre mega-plexes, but a “Mom & Pop” joint — neat and tidy, with a little wear and tear around the edges, and a cook who looked like they’d put in a few miles, too. 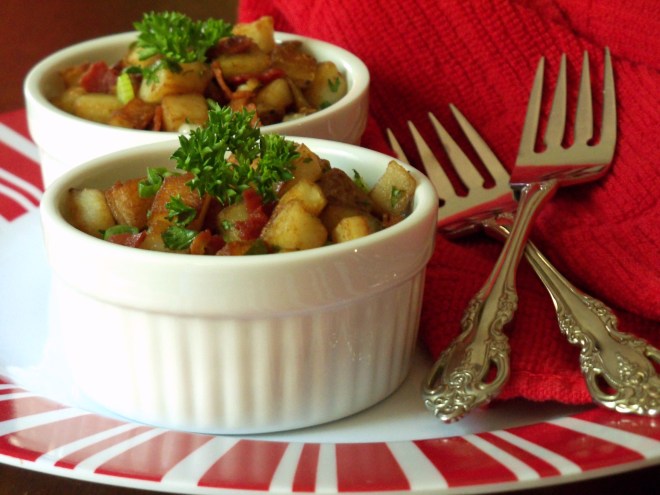 After perusing the “breakfast section” of the menu, I’d order any combo that came with American Fries (sometimes hailed as “home fries”) and anticipate that mound of crisp-on-the-outside, tender-on-the-inside, hand-peeled, hand-cut spuds, pan-fried to a golden brown.  Depending on which region I was in (and which cook was slinging hash), the spuds would hint of butter, bacon grease, or lard — but, they were never greasy — and they typically sported diced onion or peppers.   Potato perfection.

Then came the convenience food revolution and a noticeable decline in “American fries” — often replaced by mechanically cut, frozen cubes dunked in a deep fryer.   Not the same!  I could almost hear Don McClean crooning, “Bye… bye… Miss American Fry…” 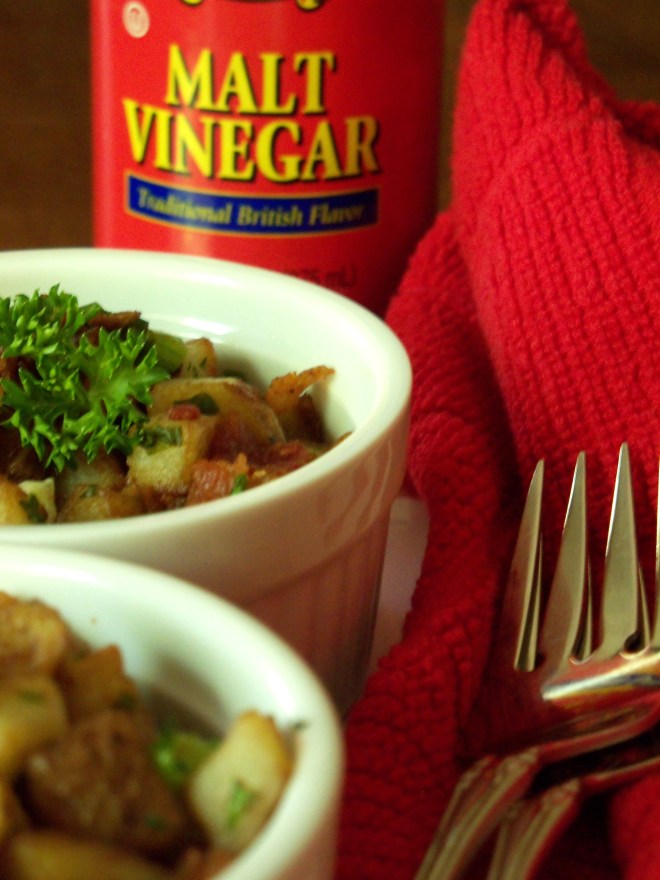 Thankfully, I ran across a recipe in the “good ol’ days” that never fails to deliver the taste and texture I’ve been missing.  Although billed as a ‘salad’ (Warm Irish Potato Salad http://www.startribune.com/lifestyle/taste/11445761.html), these spuds are entirely suitable for breakfast, and worthy of their title. 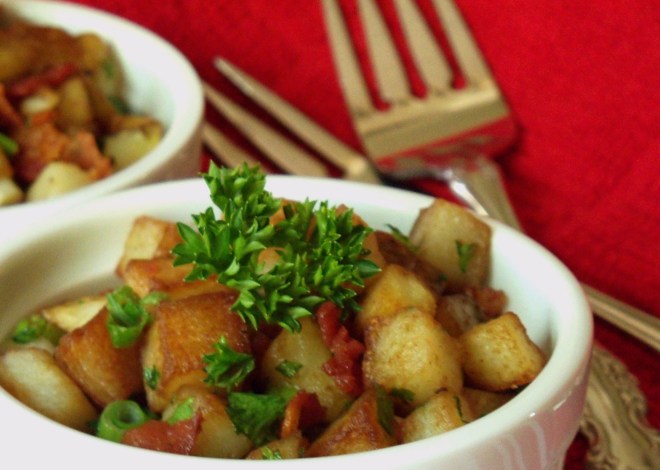 American Fries (adapted from ‘The Local’ linked above)

Cook potatoes in boiling water until almost tender; drain.  Rinse with cold water; place in a sieve to drain thoroughly.

In the meantime, fry the bacon in a large skillet until crisp; remove to paper toweling to drain.  Reserve drippings in skillet.

As I said, breakfast doesn’t get much finer than that.