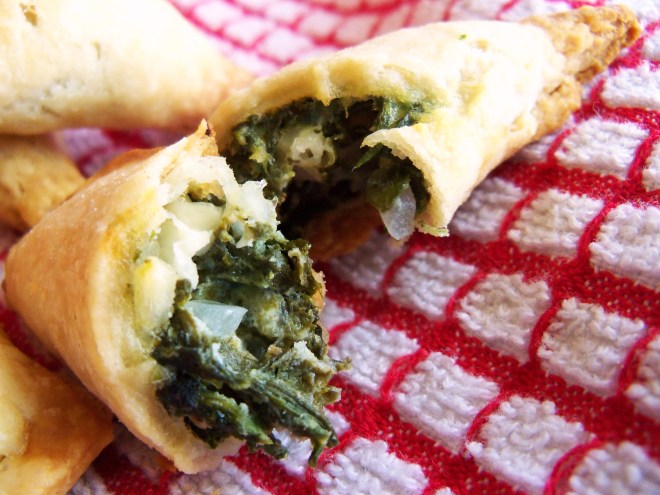 I can live with a certain amount of tension.  Expected tension… like a dentist’s drill (which thankfully, I haven’t experienced in many years), or an air conditioning bill after the 100° heat — a given this summer.

But when it comes to tension “so-thick-you-can-cut-it-with-a-knife” (on Food Network Television), I’m just not ready for it.  (Yet…)  How ’bout you?

Sure, there are stress levels unique to each show, from the clock-ticking, nail-biting, make-something-and-make-it-look-pretty phenomenon known as “Chopped,” to the drawn-out-drama of “The Next Food Network Star,” to the ever fun “Cupcake Wars,” and myriad shows in between.  (FYI, a dozen cupcakes is all I can handle at one time — never mind the show stopping display — but if you ever need a taste-tester…)

If I had to name my poison, I’d pick “Chopped” — fast, furious, and concluded within an hour (at least in TV land.)  I’m also mighty handy with three or four ingredients — just open my fridge. :)

For now, I opt to watch from the sidelines.  (Wise decision, Padawan learner — your knife skills need work…)  Which leads me to ask, “Do you really think it’s possible to hone knife skills in one triumphant onion-chopping scene, ala ‘Julie & Julia?’” 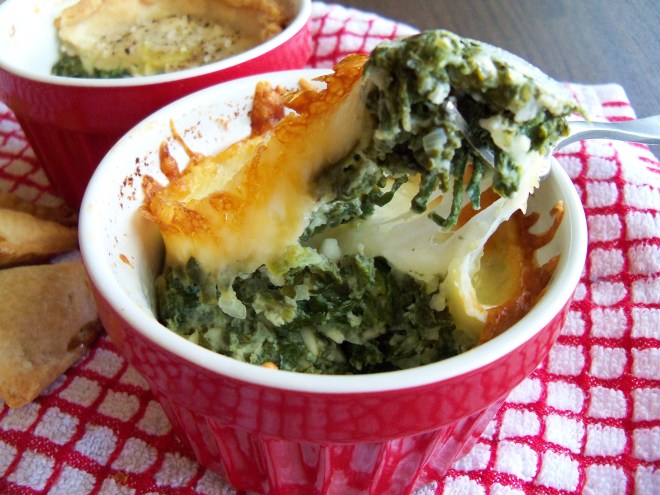 One thing all of the shows have in common (and which I admire) is that every “wanna be” loves food.  From their upbeat bio’s to their passionate presentations, they believe in themselves and love what they do.  (I like to think we all do, or why else would we be here?)

My favorite contestants are the ones who attempt to wow the judges with something made “three ways.”  (Admirable?  Yes.  Realistic?  Not always.)  I’d be happy to plate something in any way, shape, or form, let alone multiple versions in the given amount of time.  But I can dream… and I did… this past week.

I present to you:  Spanakopita “Three Ways.”

Yup, there’s more than one way to deal with “mystery ingredients.”  (Generally this time of year, a grocery sack full of zucchini — but in this case, spinach.)  After prolonged pondering about plating (such are the luxuries of in-home installments of Chopped), I thought to myself, “Why make one batch?”  There’s just The Man Of Few Words and me, and variety is the spice of life.

So, I did what any self-respecting Southern cook would do.  I tossed the leftover filling into some ramekins, nestled a crust over one and proclaimed, “Pot Pie!”, then threw a mess of cheese on top of the other and declared, “Kiss My Au Gratin!” :)

Chopped?  Only the filling… 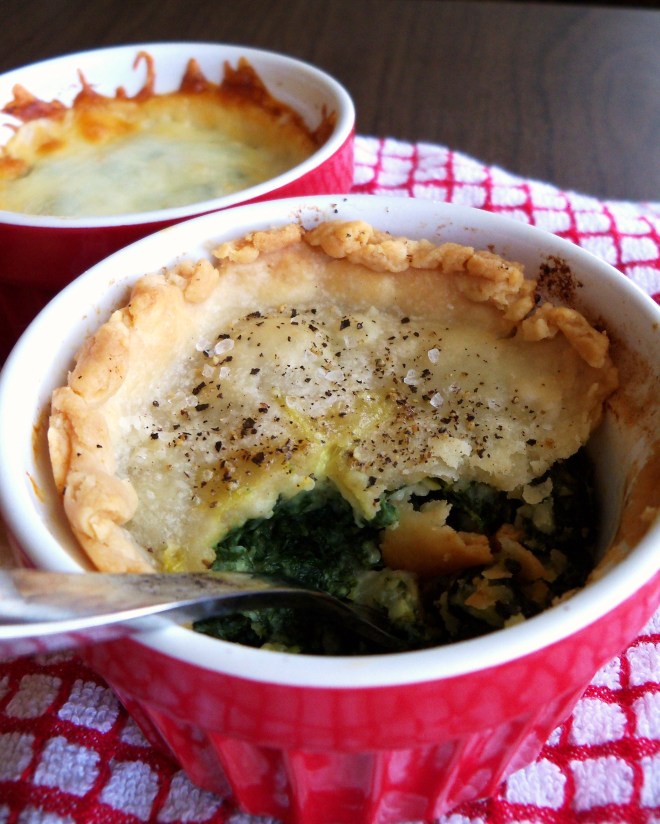 2 scallions, chopped (I used Vidalia onions — they were in the Mystery Basket)

2 T. finely chopped fresh parsley (omitted because mine shriveled up in the heat while I was away)

Kosher salt, to taste (be judicious — it depends on the saltiness of your Feta — but don’t under-season either!)

Pastry for one 9″ pie crust, brushed with melted Hope Butter (bear in mind, I just got back from Minnesota) — or, use the traditional phyllo dough brushed with copious amounts of butter per the Food Network link above; it’s up to you.

In a large skillet over medium heat, sauté spinach (in two batches, if necessary) in 1 tablespoon olive oil and 1 tablespoon butter until wilted, stirring with tongs.  Remove from heat.  (Alternatively, blanch spinach in boiling salted water for 1 minute; plunge into an ice water bath.)

In a large bowl, combine spinach, scallions (or onion), parsley, dill, Feta, and beaten egg.  Season with salt and pepper; set aside.

Meanwhile, roll out pie crust and cut into 3″ x 3″ squares.  Place a teaspoon of filling on each square; brush edges with water, fold over to form a triangle, and seal.  Place Spanakopita on prepared baking sheet.  Brush each triangle with olive oil before baking.

Note:  If you happen to have extra filling and pie crust dough (I did), place the filling in a buttered ramekin.  Top with crust, trim and crimp edges, cut a steam vent in the center, and sprinkle with sea salt and cracked black pepper.

Bake 20 to 30 minutes (keep an eye on ’em — the edges brown faster than the middle — move up a rack, if necessary) until golden brown.  Cool on a wire rack.

Note:  If you don’t have enough pie crust left over to make a “pot pie,” simply place the remaining spinach filling in a buttered ramekin and top with grated Mozzarella or other “melty” cheese.  Bake as directed above.  While it doesn’t have the traditional “crust” associated with Spanakopita, I submit the following photo and ask, “Does it matter?” :)

I truly don’t know if I could handle the tension of Food Network or not… but if I keep practicing, I’ll be able to cut it with a knife. :)

Which cooking show do you dream of being on, and why?

Leave a Reply to The Chocolate Bottle Cancel reply