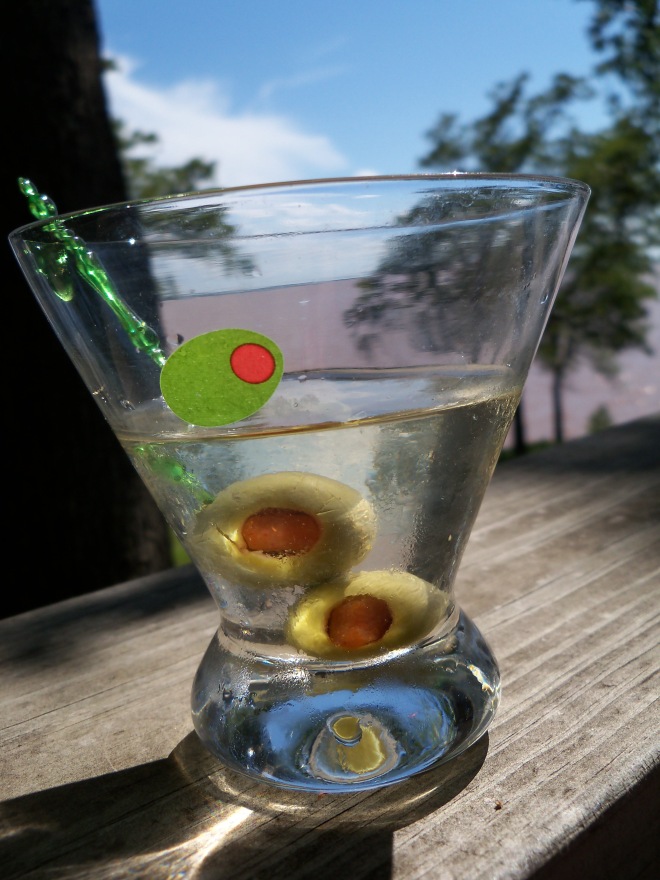 In case it seems odd to propose a toast to trucking, I did it on purpose.  Drinking and driving don’t mix!

(Please bear with my mini-soap box.)

Back when I maneuvered an 80,000 pound vehicle down the freeway, highway, byway, or city street, I was mindful of the responsibility of having a CDL (Commercial Drivers License.)  The same goes when I’m driving my Jeep nowadays; on four wheels or eighteen, I value human life — mine included.

Ok, nuff said… I enjoy a good cocktail or a great wine now that I’m off the road.

To everything there is a season…

Speaking of which, it’s almost summer here and cocktails, beer, wine, and/or alcohol-laden concoctions are often a part of it.  For those of you who don’t imbibe, you have my utmost respect and permission to skip this post — but you’ll be missing out on a trucking story or two later. :)

For those of you who do tip a glass now and then, Martinis are on my mind. 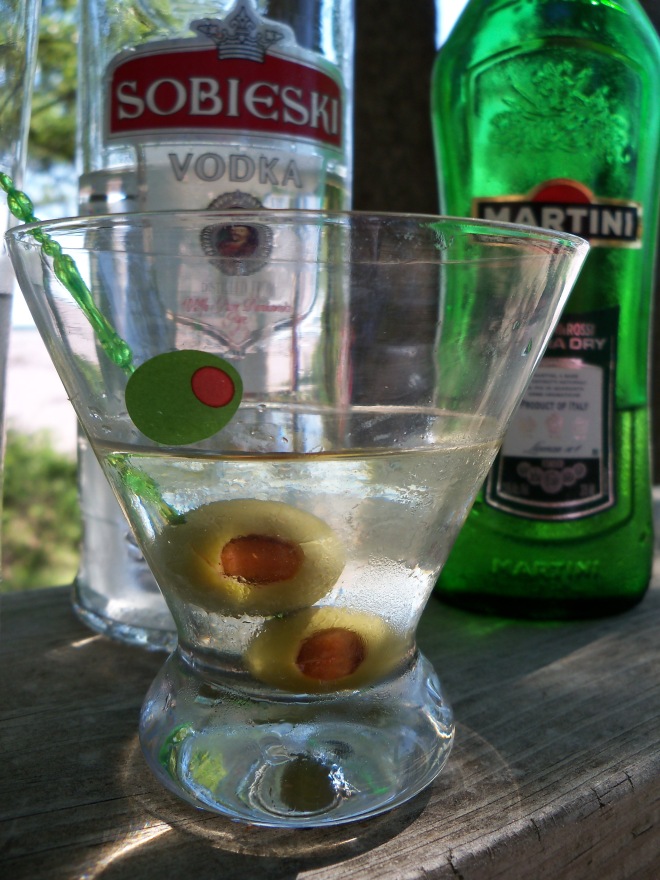 I searched high and low for the perfect Martini recipe (mostly on Google) and was confounded by what I found (mostly controversy!)   Gin or vodka?  I prefer the latter.  To stir or not to stir?  I like the James Bond version — “Shaken, not stirred.”  Olives or lemon peel?  I enjoy the former.  How much Vermouth?  A splash does me fine.  (Have I lost you yet?!)  Just call me “The Queen of Parenthetical Thought!” (Lol.)

Anyway, to add to the ambience of this classic cocktail, I recently went in search of a Martini-making set and “spied” one (pardon the James Bond pun) at Libbys in Eufaula.  That’s where I got my very cool red double boiler, too.  I love the stores in this town!  By the way, Libbys features Picasso-like clothing combined with vintage cooking items and antiques — one of the many delights of shopping local, when I have occasion to shop.

Okay, I might as well throw in those trucking stories now, since one of them relates to being thirsty. :) 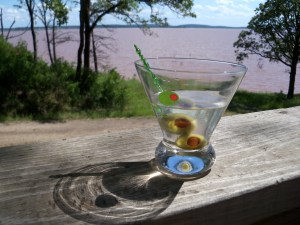 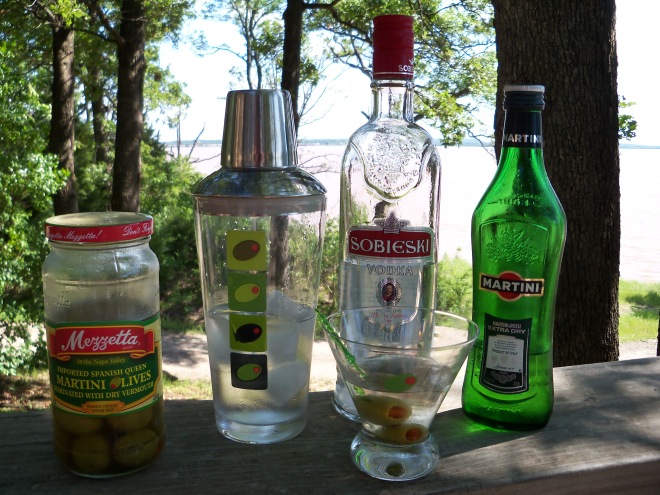 (Excerpted from an August 2006 letter)

Livingston, Tennessee was the place I heard my first genuine, bonafide “HOOO-EEEEE” from a Southern fellow by the name of Robert.  He came to unload our trailer, took one look at the huge generator we were delivering, scratched his head, and let out a Jed Clampett sounding expression that tickled me pink!  It was 100+ degrees outside, and humid, and by the time he was done unloading, Robert worked up a powerful thirst.

He went inside the office building, scrounged up the largest “water glass” he could find, and came out drinking ice cold H2O from a flower vase.  Driving around is a pleasant part of our job, but it’s the PEOPLE who really touch our hearts.

There’s another fellow I’d be remiss if I didn’t mention him (excerpted from a January 2006 letter.)

This past week our trucking trip was an adventure from the start.  We left early Thursday morning to pick up a load headed to Salt Lake City and the first person we encountered was “The Kissing Bandit.”  We hadn’t been in the terminal more than two minutes when this grizzly-looking fellow climbed up to Russ’s window and asked, “May I have permission to kiss your wife?”

The gentleman ambled over to my window, held out his hand, and revealed two Hershey’s kisses.  As it turned out, The Kissing Bandit carried a pocketful of chocolate kisses and enjoyed handing them out to the ladies. ;)  That’s one of the reasons I love trucking — ya never know when you’re going to meet a character, and God provides such a variety of people along the way.

Well, I’ve worked up a powerful thirst… and it’s time for a cocktail.

Have a great week!